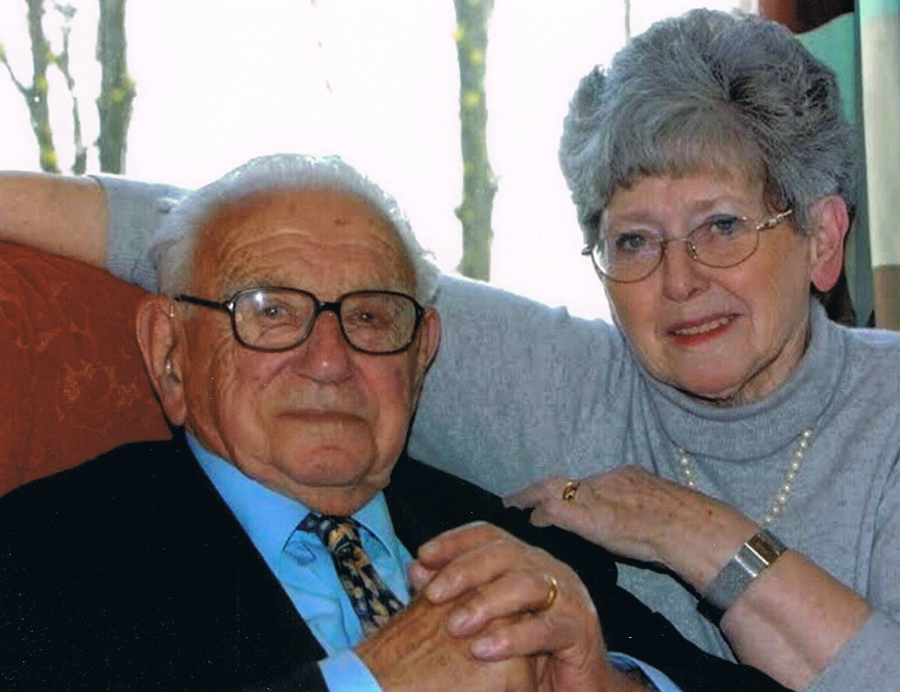 Milena Fleischmann was 9 years old when she was sent with her 3 year old sister Eva to Britain on the Kindertransport.  Her father was on Hitler’s wanted list for helping the German writer Thomas Mann gain Czech citizenship & he fled to Britain just before the Germans occupied Czechoslovakia. Her mother escaped via Norway in 1940. She lived in Preston, Lancashire and married Sir George Grenfell-Baines, a renowned architect. Milena has supported many charitable initiatives – including the Friends of Royal Liverpool Philharmonic and Halle orchestras, Czech catering student exchanges in Preston and Holocaust education.

“Like all of us Winton Children it was fifty years before I too discovered the man who saved my life- since then much has been written, said, rightly praised and filmed about him- all of which is true and we all have memories of him making them personal to each of us:

Mine – visiting and bringing one of his favourite food for lunch, , cauliflory cheese and rice pudding – or so he would have me believe: being driven by him in his nineties at breakneck speed, coming to stay with me and taking him to Blackpool to a Rotary conference where having been a lifelong Rotarian he was presented with the Paul Harris Fellowship. But my most vivid, Nicky by now about 103 accepted a flight in a four seater Cessna- after all he had been a member of the RAF during the war and loved flying– I was invited to join him and sitting directly behind him I noticed that once in the air the pilot motioned to him to take over the controls. I was probably more fascinated than scared when for the following half hour I was being piloted by a 103 yr old pilot.

Once on the ground he turned round and said –“ That was very nice, it is just like riding a bicycle  - you never forget” and how true.  He is a man I will never forget.”

Alf Dubs was 6 years old when he travelled to Britain on the KT.  His father had escaped earlier in the year & met him off the train.  His mother escaped at the end of August. Tragically his father died in 1940 in N. Ireland where the family had moved for work. Other members of his family died in concentration camps. Alf became a Labour MP for Battersea, and was CEO of the Refugee Council before being appointed to the House of Lords.  He campaigns vigorously for the rights of child refugees.

“It was such a delight eventually to get to know Nicky. He was always great company, fun to talk to and he loved discussing politics.  His birthday parties, whether at his house near Maidenhead or at the Czech embassy in London were wonderful occasions.  I remember asking him at one such party how he was.  ‘I’m fine from the neck up’ was his immediate reply.  And indeed he was always intellectually sharp almost till his death.  What a lovely man, thank you for being my friend and for saving my life.” 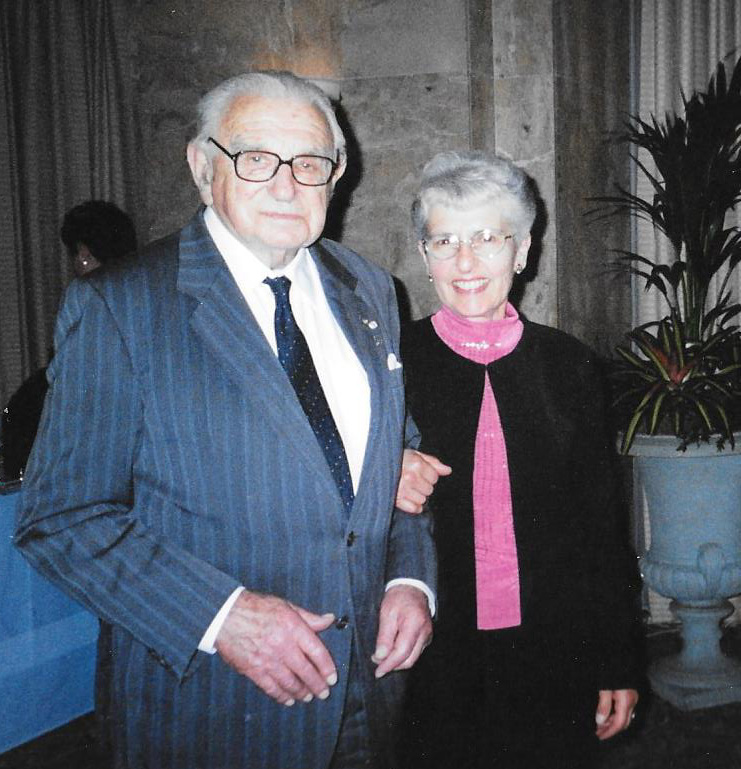 Lia Blum was 8 years old when she arrived in UK from Prague on 1st July 1939. She was fostered by an English teacher living on Anglesey, North Wales.  Lia’s whole family were murdered in the Holocaust, her father in Auschwitz and her mother and other relatives in Majdanek (Lublin).  Lia worked as a State Registered Nurse and Midwife for her whole career, 47 years.

“Nicky always had a very gentle smile on his lips and a twinkle in his eyes. He was a very good listener and would listen to you intently before giving a considered reply. Nicky was extremely knowledgeable but very modest. He was purposeful and that was why he achieved so much. It was a great privilege to have known him.” 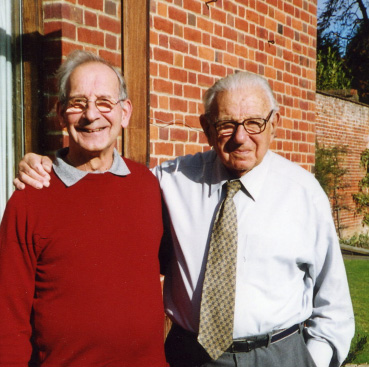 John was the 7 year old Hans Heinrich Feige when he left Prague on the Kindertransport.  His parents and most of his close family died in Terezin, Auschwitz and Stutthof.  His career started in electronic development but he later became a Christian minister.  John gives regular talks about his history for various Holocaust education organisations.

“My assessment of Nicky must begin with his own self-assessment, his own now famous saying, ‘If a thing is not impossible there must be a way of doing it.’

But for Nicky that was not just a statement of logic. It was more than a call to action. It was the foundation upon which he built his life. To extrapolate his motto, we might add ‘If a thing is important and urgent and not impossible it must be done.’

And then add ‘If nobody else is doing it then I will do it.’ That is the framework on which Nicky built his rescue work of the Czech Kindertransport. He always maintained that his work was not all that difficult. More than once he said, ‘Anyone could have done it.’

But the anonymous ‘anyone’ didn’t do it. Nicky did. That showed another side of his personality, his enormous warmth and humanity. In undertaking his Kindertransport work he not only walked away from a lucrative banking career to which he never returned. From then on, his life was lived in the service of others. His work was never ‘his career’; it was an expression of who he was. That is not only why he achieved so much. That is why he has inspired so many young people around the world to find new purposes in their lives. “ 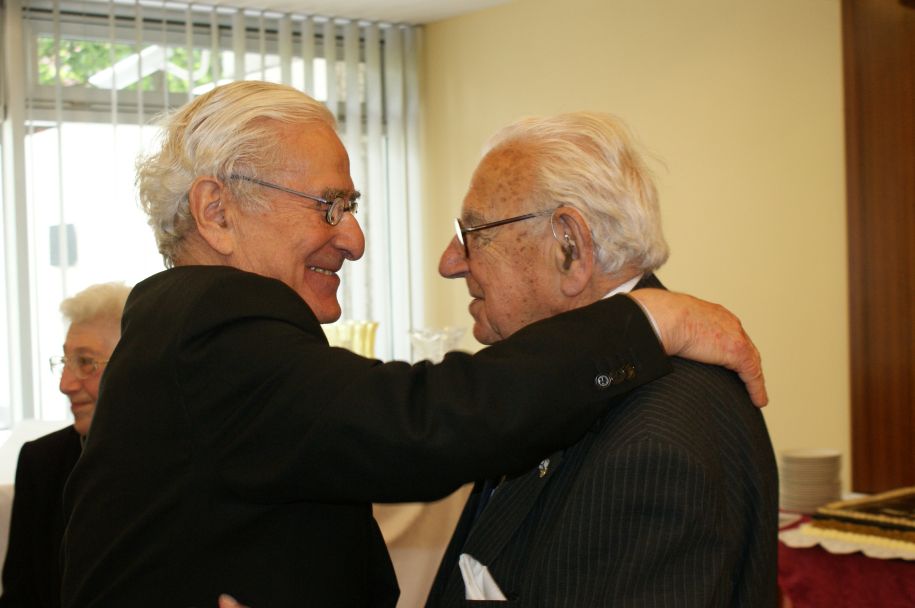 Joe was 11 years  old when he was sent to UK on the Kindertransport with his brother Ernst. His parents were killed in the Holocaust. He started his career in journalism on returning to Czechoslovakia after the war but escaped again and moved to Canada. He became a renowned CBC (Canadian Broadcast Corporation) journalist and foreign correspondent and in later years he narrated several documentaries about the Czechoslovak Kindertransport.

“I can’t remember my first meeting with Nicky. All I can talk about is my overall reaction. Nicky has filled an important role for me not just for the obvious reason that he saved my life. When we got to England, I was sent to relatives in Gateshead, to the household of one of my mother’s brothers. (Ernie was sent to another uncle in Tynemouth.) My experience at my uncle’s place, particularly the role of his wife, was pretty traumatic. My uncle simply ignored me and my aunt constantly denigrated me. I was a clumsy idiot; her son was a genius. I began to believe her that I was a dumbbell. Still, I desperately wanted her attention; I guess I craved for a mother figure and was rejected.

Once the war started, I, along with her son and daughter, was evacuated to a village in Yorkshire. After a few months, when whatever danger there might have been to the Tyneside had abated, my aunt and uncle brought their kids home. I stayed evacuated and felt abandoned. Finally, after I was sent back to them, they got rid of me for good in 1941 by sending me to the Czech refugee school. Once the war was over and the school was closed my relatives turned their backs on us, and my brother and I were sent back to Czechoslovakia.

In Czechoslovakia we were, of course, just a burden on a country overwhelmed by parentless youngsters returning from the concentration camps. We felt abandoned and rootless because once again we were outsiders. That feeling stayed with me to some extent even after I managed to settle successfully in Canada. But the experiences of my childhood had provided me with a hard shell to cope with life’s adversities. That – and luck -- allowed me to end up with a wonderful family, a job I loved and altogether a great life.

Then Nicky and the story of how he had saved my life and that of so many others surfaced. Something in me clicked. Here, finally, there was a father figure, someone who obviously cared deeply for others, a man one could be proud of, a role model to emulate. As I got to know him better that feeling of respect and love has increased, particularly because in a way it was reciprocated. He seemed to have found in what I had done with my life an empathetic resonance to his own youthful wanderings.

In short, Nicky Winton is and always will be a surrogate for the father I lost in the Holocaust.”