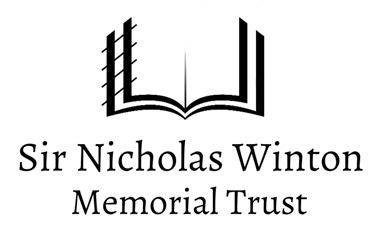 Sir Nicholas Winton rescued 669 Jewish children from Nazi occupied Czechoslovakia at the brink of World War II. Most never saw their parents again.
This is his story.

This exhibition is a tour through some of the personal items and documents held in the Sir Nicholas Winton Memorial Trust, illustrating different episodes in his life. His work on the Czech and Slovak Kindertransport in 1939 is best known but his early life, his war and post-war service and later charitable work are also explored. After his story became known, he received international recognition though more importantly, he became friends with many of the rescued children - the Kinder.

All images and text in the exhibition may be reused with attribution for non-commercial purposes under the Creative Commons Attribution-NonCommercial-ShareAlike 4.0 International License.