Nicky’s legacy is primarily the more than 6000 people now alive because of the Kindertransport rescue.  However his history demonstrates his conviction that living a good life involves more than just doing no harm.  He believed strongly that a meaningful and ethical life involved reaching out to help others in need, whether in the local community or further afield.  He felt that learning about history was only worthwhile if it led to positive action today and his legacy includes inspiring others to give their time to those in need.

For those of you who are moved by his story, taking positive action to help others would be the finest way to honour him.

Encouraging the public to help save child refugees in 1939 in a letter to a newspaper, Nicky stated the following: “… there is a difference between passive goodness and active goodness which is, in my opinion, the giving of one’s time and energy in the alleviation of pain and suffering. It entails going out, finding and helping those in suffering and danger and not merely leading an exemplary life in the purely passive way of doing no wrong. “

Letter from Nicky to newspaper dated 4th May 1939, imploring the public for help to save child refugees from Czechoslovakia. 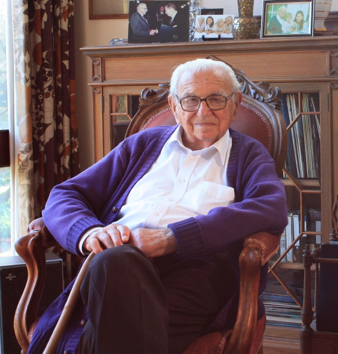 Nicky speaking at Sevenoaks school in 2010. 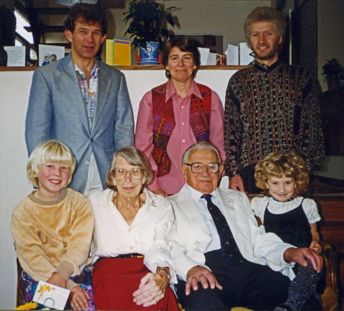 I hope you have found this journey through my father’s history interesting and enlightening.  It is intended to showcase his archive held in the Sir Nicholas Winton Memorial Trust but particularly to honour his wish that his story should be a vehicle to remind you that it is possible to make a positive difference to the lives of others and to encourage you to take action where you see injustice or need. Nicky believed that learning from history must be about improving the world.  All of us at the Trust hope you feel inspired by his story to undertake your own endeavours, whether at home or further afield.
We know Nicky would cheer you on.